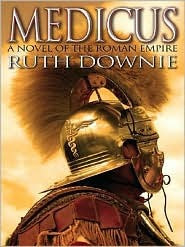 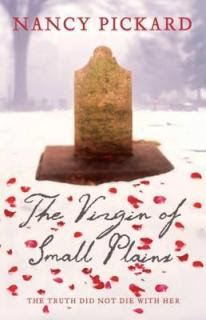 LoL you are so right about how you enjoy stories that take place in America and I'd rather read Victorian England / Scotland/ Ireland lol A cold case full of family secrets is still my favorite lol.. I'm glad you finally pulled that one off your shelf!!

I have often wondered if I would like this book. I am not sure about the premise but if you found the book a page turner I would probably like it.

Sorry, I did not even specify which book... The Virgin of Small Plains is the one I have thought of reading.

These look two very different and interesting books - different in setting and culture, that is. I really shouldn't* but I'm going to look out for both of them - the library has books (including Medicus) by Ruth Downie in other branches than my local one, but they're popular and mainly already out on loan and one book by Nancy Pickard - not the one you read - and it's in large print, which I don't like (strange I know when I often struggle with small fonts, but the format of the large print books just puts me off and the font is too large!)

*I shouldn't because I have too many for my tbr shelves! :)

The Nancy Pickard book sounds right up my alley! I have a different one by her on my shelf yet to read, The Scent of Lightning I think is the name. I'll look for this one at my library.

Pat: I just think that is too funny. I'm glad I finally pulled it off my shelf too, I was quite surprised at how much I liked it. So surprised I had to give it to Peter to read and even he liked it (he's far more picky than me).

Tracy: It's always so nice when a book you bought years ago and forgot about turns out to have been an excellent purchase!

Margaret: Oh yes, completely and utterly different... I like to ring the changes. Yes, it seems the Medicus books are popular so I've no idea why I'd not heard of them before.

I agree the large print font is really a bit too large but I've managed to adjust my eyes to them and now have no problem. This version of Medicus was in fact large print and, if memory serves, it was all Devon libraries had (not positive) and I wanted to read it so needs must.

As to The Virgin of Small Plains... what a pity we're not neighbours (how many times have I said to other bloggers) as you could borrow mine.

Peggy: I hope you can find a copy as it really is an excellent read. I now want to go to Kansas! LOL