Many thanks to all who suggested books for my 50 US states challenge.

I had suggestions both here and on Facebook so here're a few of the titles in case any one else is interested.


From Cathy at Kittling Books (via FB)

For New Mexico there are Walter Satterthwait’s Joshua Croft mysteries (Santa Fe) and Steven F. Havill’s Posadas County series (down along the border).

Timothy Egan’s The Worst Hard Time is one of the best books I’ve ever read and would count toward Oklahoma and Texas.

Another fantastic book is David Gran’s Killers of the Flower Moon (Oklahoma). I’ll make myself stop now. (NO, DON'T!)

From Pat at Here, There and Everywhere:

From Kay at Kay's Reading Life

The Bell Elkins series by Julia Keller for West Virginia (I've reserved the first one from the library.)

The Tracy Crosswhite series by Robert Dugoni for Washington state.

From Tracy at Bitter Tea and Mystery:

Suggestions for Alabama... note she has not read some of these.

To Kill a Mockingbird by Harper Lee.

For Hawaii: The House Without a Key - Earl Derr Biggers (Charlie Chan)

For Oklamhoma: A Killing in Quail County - Jameson Cole

From Sam at Bookchase for Texas:

Lonesome Dove by Larry McMurtry
And various other books by McMurtry including, The Last Picture Show and Terms of Endearment

From Pam at Travellin' Penguin:

The Heart is a Lonely Hunter by Carson McCullers for Georgia

From Mamzie Bro on FB:

From Yvonne at Fiction Books:

From Judith at Reader in the Wilderness:


I 'think' I have caught all of the suggestions but more are always welcome. And my update from 2011 here also has a lot more.

These are a few of the books I own (there are more) that I want to read for this challenge: 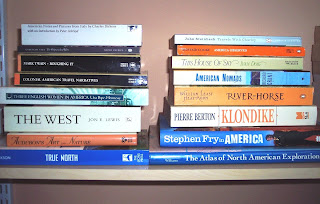 And this is the book I've just started for 'Virginia'. 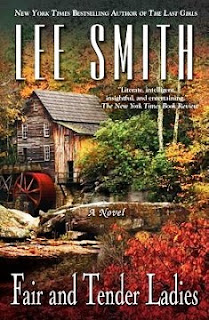 I think it will be perfect for that state.

If there are any more suggestions from anyone I'll edit them into this post but thanks again to all who commented. If this was Facebook or Twitter I would now add several 'heart' emojis.

As an addendum ... Bury my Heart at Wounded Knee covers quite a few western states! But you might want that at a different time since it's "history"..

Pat: I'll pop it in under 'multi-states'... I'm fine with history books.

Hi Cath and all your fellow contributors to this post!

There are a great range of titles and genres featured here, and even though I am not taking part in any challenge, a few of them are already on their way to join my own TBR mountain, so thank you one and all!

Cath, you certainly seem to have caught the bug for this armchair travel, perhaps you should start a blog with that specifically in mind?

I don't know if you have had chance to check out the Trip Fiction site I mentioned. They have quite a large world geography covered with books already and they do separate their books into the individual States too.

I enjoyed the writing of Susan Slater, if you are ever up for some slightly more lighthearted fiction to add to your repertoire. Her Dan Mahoney and Ben Pecos series would cover the States of Florida and New Mexico...

Have fun making your choices :)

Cath, there are lots of great suggestions there. Thanks for including mine. When I went through my reviews since I last updated my 50 States list, I found 5 or 6 to add. And when I update the list I am also going to follow your lead and add more titles (than just one) where I think they really represent the state well.

I have read books from the Walter Satterthwait’s Joshua Croft series and Steven F. Havill's series and they are both very good. I am continuing both of those.

And now I need to do a list of series I want to continue.

Wow, you got a lot of great suggestions! If you need more, you can go to my blog and scan the subject list. I always tag my reviews with the state/country the book is set in, so if you look up U.S. Settings: California, for example, you'll get a list of books set in California.

Good luck with your challenge!

Fun challenge! I hope you read lots of great books. :)

Yvonne: Yes, there were some excellent suggestions, particularly in the crime fiction genre. Like I *need* more series to start.

It's an interesting idea to have a blog about armchair travelling but I'm not sure there would be very much interest in it to be honest. Something to think about though.

My mind's gone a bit blank (nothing new) but yes, I think I did have a quick look at the trip fiction site, must check it out again.

I'll add Susan Slater to my post later... thank you!

Tracy: My pleasure. It seemed to me that one book could never tell the complete story of a state so it might be even more fun to read a variety of books for each one.

Looking forward to sharing this challenge with you and any others who decide to have a go.

Susan: Thank you so much for pointing me in the direction of your blog's subject list. I didn't know about it so will check that out soon.

Thank you for you best wishes.