Once Upon a Time VIII

I've no idea where the last three months have gone. March the 21st. seems like yesterday but it's flown by and yet another Once Upon a Time challenge has come and gone. 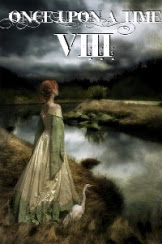 I signed up for:

Read at least 5 books that fit somewhere within the Once Upon a Time categories. They might all be fantasy, or folklore, or fairy tales, or mythology…or your five books might be a combination from the four genres.

The books I read were:

1. Among Others by Jo Walton

3. The Ocean at the End of the Lane by Neil Gaiman

5. Death by Silver by Melissa Scott and Amy Griswold

6. The Last Continent by Terry Pratchett

So, seven books read for this year's challenge. All were good reads, although a couple weren't quite what I thought they might be... three in fact. Four were very good. I wanted most of the books to be books I owned and five of them were so I'm happy with that. I didn't read several bigger books that I wanted to get off the tbr pile so that's not so good. I *could* have done a bit better than this but I'm in a Vintage Crime mood at the moment so didn't concentrate on fantasy books as much as previous years. Never mind.

Some years I have difficulty choosing a favourite book but not this year. It's: Among Others by Jo Walton. This one had everything for me, a brilliant first person narrator, a strong mystery element, a 'school' background, and many, many science-fiction book recommendations. Jo Walton is definitely one of my new favourite authors.

So that's it for another year. As always, thanks to Carl for hosting and I'm already looking forward to September and R.I.P.

You have done quite well with Once Upon a Time, Cath.
I have had Among Others on my radar and hope to read it sometime soon (but, I always say that and then find many moons have passed). At any rate, it is on my list.

I've read Among Others and Thirteenth Child so at least Iknew those! you did fabulous as always I may or may not to a wrap up though I think I did read 5 for OUaT.

We have Among Others in common this time. I have read two books recently that I have to go back and re-read because of book or movie suggestions I want to follow up on.

I appreciate Carl having this challenge to motivate me to read more fantasy.

Well done on finishing your challenge. It's always fun to fine a new author we really like.

I loved The Ocean at the End of the Lane, such a great book, I'm always happy when I see other bloggers enjoyed it, too.
This challenge was so much fun I'm already looking forward to next year.

You've done well, Cath - I hope to read some of those books some time. I'll do my wrap up post later on

Penny: I'm glad to hear Among Others is on your radar. It's just such a brilliant book.

Pat: Five is great! My Readers List on the dashboard is still playing up and because of my fall I haven't been around to check properly but I'll go look in a minute to see if you've done a wrap-up post.

Tracy: Yep, we both read Among Others and now I need to read Tooth and Claw!

Pam: Thank you so much!

Delia: I loved that book so much. I think I might reread The Graveyard Book soon as well. Carl's RIP challenge in September is huge fun if you didn't already know about it.