As seems to be the case most of this summer I'm behind with book reviews. So this is one of my catch-up posts... three short(ish) reviews of a mixed bag of books read this month.

First up, The Wolf in Winter by John Connolly. I'm going to pinch the blurb from Goodreads for this one. 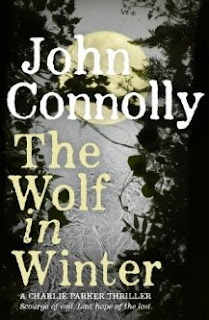 The community of Prosperous, Maine has always thrived when others have suffered. Its inhabitants are wealthy, its children’s future secure. It shuns outsiders. It guards its own. And at the heart of Prosperous lie the ruins of an ancient church, transported stone by stone from England centuries earlier by the founders of the town… But the death of a homeless man and the disappearance of his daughter draw the haunted, lethal private investigator Charlie Parker to Prosperous. Parker is a dangerous man, driven by compassion, by rage, and by the desire for vengeance. In him the town and its protectors sense a threat graver than any they have faced in their long history, and in the comfortable, sheltered inhabitants of a small Maine town, Parker will encounter his most vicious opponents yet.

First-class entertainment as always from John Connolly with this, book twelve, of his Charlie Parker series. He never disappoints with the weirdness of his situations, and the characters inhabiting said situations. Prosperous is a mighty peculiar town and it soon becomes apparent that its population is hiding a very dark secret indeed. Cue Charlie Parker's entrance stage left... poking his nose in where it definitely isn't wanted and opening up a real can of worms. It's all great stuff and gets even better when his pet assassins, Louis and Angel, join the investigation. For my money the ending fizzled out a bit, not enough explanation, but the rest of the book with its suspense, strong sense of place, and excellent storyline more than make up for that. Terrific.

Next, Follow that Bird! by Bill Oddie. This is my book twenty for Bev's Mount TBR 2016 challenge. 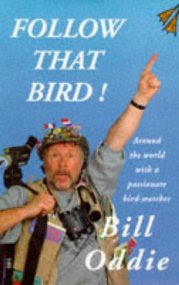 People of a certain age (mine!) will know Bill Oddie as one of The Goodies from the 1970's comedy sketch TV series. Nowadays he's probably more well known as a birdwatcher who appears on TV rather a lot in wildlife documentaries or programmes such as Springwatch... or used to... not around as much these days I notice. Follow that Bird! recounts some of his early adventures watching birds and making TV programmes. I say 'watching birds' - for much of his early bird watching years he was actually a twitcher which is slightly different. Twitchers like to keep lists of rare birds and tick them off as they see them, they'll travel all over the country for a rarity. Your average robin or blackbird does not really interest them. Anyway, six sections make up this book each recounting his various adventures - on holiday in Morocco, on the Isles of Scilly in October (when American rarities fly in), in India, Papua New Guinea, Ireland and on Shetland. There are anecdotes galore, amusing situations, 'dangerous' situations. One of the most chilling for me was the death of one of his twitching friends who was killed by a tiger in India. Bill wasn't there when it happened but when he did visit the area some while later he was saddened to discover more about how the tragedy actually occurred. I like Oddie's easy and humorous writing style, he's very self-deprecating and informative but so much concentrating on rare birds I'd never heard of and didn't know became a bit tedious. Nevertheless this was a perfectly good bedtime read for me.

Lastly, Jacquot and the Waterman by Martin O'Brien. This is my fourth book for the 2016 Europeanen Reading Challenge which is being hosted by Rose City Reader and covers 'France'. 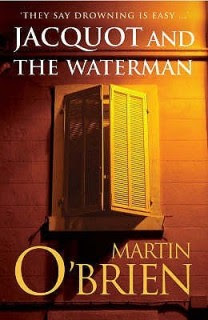 There's a killer on the loose in Marseilles. Young women are being drugged and then drowned, earning the killer the nickname of The Waterman. It falls to CI Daniel Jacquot of the French police to investigate the murders, he is an international rugby player turned policeman now working with homicide in the south of France. After three deaths Jacquot still hasn't got anything to go on and then a body turns up with a tattoo which he is able to trace the origin of and the chase is on. But so many people are involved and from the highest echelons of Marseilles business life to boot. Jacquot will have to tread on some seriously sensitive toes to get a result with this one, not to mention work with a new, very annoying, partner *and* recover from being dumped by his girlfriend. And all the time the body count is increasing...

This series was recommended by Elaine at Random Jottings, so I thought I'd try the first book. So glad I did, it was *excellent*. Being a rabid armchair traveller I loved the setting of the city of Marseilles. I seem to be reading quite a few books set in and around The Med at the moment, so the setting for this book was very much an added attraction for me. The sense of place created is superb. I also liked the convoluted plot with its twists and turns... I'm not generally into crime stories that involve big business and shady business deals but this was well done and kept my interest. Daniel Jacquot is a slightly unusual detective with his ponytail and rugby player build, likes his food too and the author describes French food with a great deal of love. I've already reserved the second book from the library... a word of warning... if you decide to try this series and like to read series in order, check the order after The Waterman as there is some confusion. The correct order is (Jacquot and...) The Waterman, The Master, The Fifteen and The Angel. After those four I think Fantastic Fiction have the order correct.

wow.. you are on the run with reading sis!!! Glad you are enjoying each one! I was still in the molasses stage of reading.. got only 3 books read. A lot due to depression and anxiety..and money for the kitten which I am still doubting very much I can afford to keep her and that's adding to my depression and anxiety.. oh well.. no matter how slow I do keep reading! I need a super good one so I don't get any slower! lolxoxoxo