Last reviews of the year


It's catch up time. Two final brief reviews for this year. First of all, In the Garden of Beasts by Erik Larson. This is my 7th. and final book for Becky's World at War reading challenge.

William E. Dodd is a university professor in Chicago with a deep interest in Germany, having stayed there for a while as a young man. President Roosevelt asks him to take up the post of American ambassador to the country, partly because he can't find anyone else who wants to go to Nazi Germany and deal with Hitler and his cohorts. He takes his family with him, wife, Mattie, and two adult children, Bill and Martha. The book charts his progress though the four years that Dodd held the post but also concentrates a fair bit on the experiences of his daughter, Martha. It's a very sobering book, depicting as it does the manner in which the Nazis began persecuting the Jews and the worsening of the treatment dished out to them as the years passed. It was disappointing too to read how casually anti-semitic many people outside Germany were, in fact it seems as though it was the norm for the period. Dodd did his best to get Hitler to put a stop to the violence but never succeeded. He was also not popular back in the state department as he was not one of the rich set who were usually sent abroad as diplomats. He wanted to lived within the bounds of the salary he was paid and this was thought of as absurd, an affectation. An excellent book that gives a real flavour of 1930s Germany and the main characters of the Nazi regime. One observation that if foreign powers had intervened before Hitler had fully rearmed World War Two could've been avoided is chilling, although hindsight is a wonderful thing.


Lastly, The Mistletoe Murder and Other Stories by P.D. James. This is my 29th. book for Bev's Calendar of Crime challenge covering the December category of 'Month related item on cover'.

This anthology consists of 4 stories.

1. The Mistletoe Murder. An author loses her husband in World War 2. Her estranged grandmother invites her to have Christmas with herself and a male cousin so the author goes thinking it will be just the three of them. But there's someone else there, a coin dealer, present to value some coins the family own. The next morning the coin dealer is found dead, his head bashed in. Who did it?

2. A Very Commonplace Murder. This one is quite a sordid little tale of an estate agent spying on an amorous couple in the neighbouring house of one of their properties. The female half of the couple is found murdered one morning. It's clear from the first person naration that the estate agent is a witness so why does he not come forward to tell the police what he knows?

3. The Boxdale Inheritence. Adam Dalgliesh's godfather, a vicar, asks him for some help. He's been left £50,000 by the second wife of his grandfather but there was some suspicion that she may have been the to one to do away with the old man as she was much younger than him. The vicar is reluctant to take 'soiled money' even though the wife was found not guilty. Dalgliesh sets out to find out who did commit the murder.

4.The Twelve Clues of Christmas. A young Adam Dalgliesh is on the road to an aunt in Suffolk, for Christmas, when he's stopped on the road by a man who is clearly very agitated. He's a member of the family who own the big hall just outside the village and apparently his elderly uncle has committed suicide. Dalgliesh goes to investigate and decides this is not a suicide case but a murder. The local police want him to explain why he thinks this, so he gives them his twelve clues.

This is an excellent little anthology, beautifully written as you would expect from P.D. James. My particular favourites were the two Dalgliesh stories, I thought they were clever and it took me back to the ITV version of the books, starring Roy Marsden, that I used to love so much. I think I might try to reread some of those books next year.

My next posts will be after Christmas so I'd like to wish everyone a very... 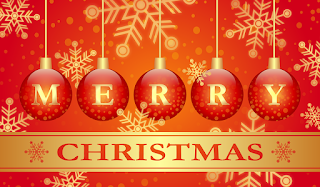 I hope your Chrismas is all that you wish for.

I agree with you. In the Garden of the Beasts is a chilling book for sure. What scares me most about it now, after having read it a good while back, is that anti-semitism seems to be on the rise again - and in places I would never expect to find it. I don't understand that rise at all - does no one read history any longer? It seems like a whole generation or two have forgotten all about the Holocaust - or never learned about it in the first place.

Two excellent books for the end of the year, Cath.

My husband is a big fan of Erik Larsen's books so now I am too. I read In the Garden of the Beasts and learned so much from it. Also liked Dead Wake (about the Lusitania) and The Devil in the White City, although I read that one 16 years ago.

I have that book of short stories by P.D. James and I really need to remember to read it late next year.

Merry Christmas to you and your family - have a great time!

I think I've read that James book a while back. I remember enjoying it and wondering why I hadn't read more by her. Maybe in 2020?

Merry Christmas to you, Cath!! Take care and I look forward to sharing reading with you in 2020.

Sam: Yes, there's a great deal of talk about anti-semitism again, I find it unbelievable to be honest. And I certainly found the details of what the Nazi party did to the Jews at the beginning very disturbing, let alone what the final outcome was. I shall continue to read more in this vein next year and more books by Erik Larson too.

Tracy: Another Erik Larson fan, Sam who commented above is also. I'll searcb our the books you've recommended.

Margaret: Thank you, I hope you've had a good Christmas yourself.

Thank you, I'm already looking frward to seeing what everyone reads in 2020.